Why is the death of one person stirring all this tension?

SINCE RETURNING TO HIS VILLAGE in eastern Saudi Arabia in 1999, after having spent over a decade studying, teaching and preaching abroad (namely in Iran and Syria) Sheikh Nimr Baqir Al Nimr’s fiery speeches were causing considerable frustration to the Saudi government.

Saudi Arabia hoped that with his execution in the first week of January this year would close the chapter on its tense relationship with the cleric but it only added strain to diplomatic tensions with Iran, seen as a strong supporter of Nimr, even though the cleric had denied holding ties to the Iranian regime.

Following Nimr’s execution, the Arab Gulf region witnessed an instant division of political and diplomatic views.
Much as he did in life, his death too saw a polarity in views. News of his death led to demonstrations and clashes across the region and world—namely by supporters in Iran in Bahrain, Yemen, Iraq and Lebanon. But who was Sheikh Nimr Al Nimr whose death added fire to the already heated dispute between Tehran and Riyadh and was he really a serious threat to the monarchy?

Born in 1959 in the village of Awamiyah, a small town close to the city of Al Qatif in Saudi Arabia’s Eastern Province, Nimr came from a family with a long history of political activism. His grandfather, Sheikh Mohammed Al Nimr, led a revolt against the House of Saud in 1929-30. Opting for religious studies over higher formal education, Nimr went to Iran in 1980 to enrol in a Shiite seminary or hawza.

In Tehran he attended Hawza Al Imam Al Qaem, which had just been established that year by Ayatollah Muhammad Taqi Mudarrasi, a man who would prove to be one of Nimr’s most influential teachers. After 10 years, the hawza opened an office in Syria, and Nimr relocated there, teaching and managing the institute for a few years.

In 1999 Nimr returned to Saudi Arabia and became vocal against the regime.

Over the years, his open opposition to the royal family and attempts at civil disobedience would land him in jail multiple times—he was arrested on numerous occasions and detained for short periods of time on charges of inciting people and alleged links to “armed groups.”

In 2003 he was detained for leading public prayers in his home village where he was an imam. According to his official website, he was summoned in 2005 to cancel a festival planned called “Al Baqi, the First Step to Reconstruction.”

Al Baqi Cemetery holds particular significance as it once contained the graves of many of Prophet Muhammad’s (pbuh) family and companions. Located in Medina, the cemetery was demolished by King Saud in 1926. The demolition was widely protested by Muslim nations. It is believed the ruling monarchy made the decision in accordance to the strictest form of Islam, which sees the reverence of Baqi Cemetery as idolatry.

Fears that Saudi Arabia is set to ‘crucify’ juvenile prisoner 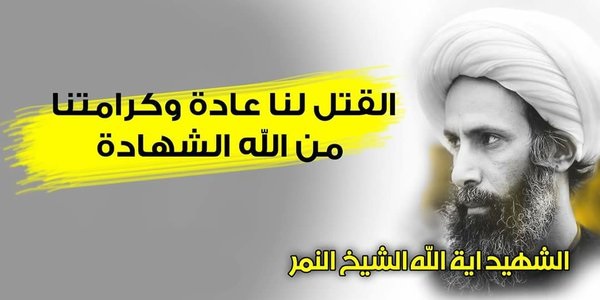 The World’s Most Misunderstood Martyr