Will more than 50 people be executed in just one day in Saudi Arabia? That’s exactly what the popular newspaper Okaz reported this week, stating that 55 people were awaiting execution for “terrorist crimes.” Another newspaper, the pro-government daily al-Riyadh, put the number at 52 in a report that has now been deleted online

Whether these reports are true is unclear – the Saudi state is less than transparent about its criminal justice system, fearful of the international backlash that its use of capital and corporal punishment can provoke. However, the reports are worrisome enough that Amnesty International has felt compelled to condemn them

“Saudi Arabia’s macabre spike in executions this year, coupled with the secretive and arbitrary nature of court decisions and executions in the kingdom, leave us no option but to take these latest warning signs very seriously,” James Lynch, Deputy Director of the Middle East and North Africa Programme at Amnesty International, said in a statement

Even before these reports, it was clear that Saudi Arabian executioners were having an unusually prolific year. Earlier this month, Amnesty announced that the country had already executed 151 people this year, the highest number for nearly two decades (perhaps not coincidentally, earlier this year the Ministry of Civil Service posted a job listing seeking applications for executioners positions). Under the country’s strict interpretation of Sharia law, relatively minor crimes like drug smuggling and even “sorcery” can be punishable by death

Experts have struggled to explain what has caused the surge in executions over the past year. Some have suggested that it could be related to the death of Saudi King Abdullah in January and the arrival of the new administration of King Salman, a leader who appears to be keen to make his mark on the country. However, some groups were already complaining of a surge in executions in late August, months before Abdullah died, when Saudi Arabia beheaded 26 people

There are likely other factors at play. Earlier this year, Ali Adubisi, director of the Berlin-based European Saudi Organization for Human Rights, told AFP that rising poverty had led to an increased number of drug-related convictions in the country. Reuters has reported that there is speculation among diplomats that more judges have been hired in the country recently, meaning that a backlog of court cases are finally being heard with more executions as a result of that

The details of the executions reported by Okaz seem to suggest something else, however. The newspaper reports that those facing execution include alleged terrorists from al-Qaeda and people from near Awamiya, a town in the eastern part of the country that is largely Shiite. That detail has caused much consternation among critics. “Among those who are at imminent risk of execution are these six Shi’a Muslim activists who were clearly convicted in unfair trials,” Amnesty’s Lynch said, noting that three of the activists were arrested when they were under the age of 18

Saudi Arabia, under pressure from both Sunni extremists like al-Qaeda and the Islamic State and its regional Shiite rival, Iran, has put considerable efforts into its counter-terrorism efforts. The fear among critics, however, is that these efforts may be being misdirected – and the Saudi kingdom’s surge in executions is the result of that 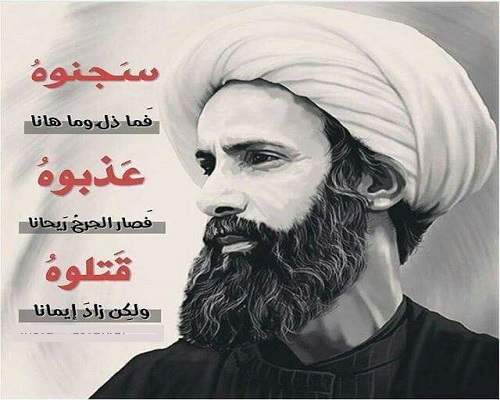