The Saudi-led coalition has launched its devastating campaign against Yemen in March 2015, with the goals of bringing the government of former president Hadi back to power and crushing the Ansarullah resistance movement. The UN says over 24 million Yemenis are in dire need of humanitarian aid, including 10 million suffering from extreme levels of hunger. The war has claimed more than 100,000 lives over the past five years and has also taken a heavy toll on the country’s infrastructure, destroying hospitals, schools, and factories. American Activist Ronda Lynn has spoken to Mirat Al Jazeera about the war, its implications the prospects of the next while.

Lynn notes that the Saudi Coalition’s broad restrictions on aid and goods to Yemen’s population continue to worsen the man-made humanitarian catastrophe. ”Prior to the war, Yemen depended on imported fuel, food and medicine, for 80 to 90 %of the population’s needs. In violation of international humanitarian law, the Coalition has restricted the flow of food, fuel, and medicine to civilians,” she says.

Today, millions of Yemeni suffer from malnutrition and are at severe risk of starvation. Many have already died due to the lack of food. This is not an unintended side effect of war but the deliberate and illegal actions carried out by the Saudi Coalition, Lynn comments. She refers to Carolyn Miles, President of Save the Children, who said, “Severely malnourished children are 12 times more likely to die from preventable diseases like pneumonia, measles, cholera or diphtheria”. “Children who are stunted suffer physical and often irreversible long-term cognitive damage.”

”All members of the Saudi Coalition have been and are currently purposely starving civilians in Yemen to death, including children! An estimated 160,000 Yemeni children under five suffer from severe acute malnutrition,” Lynn states.

The US activist believes that for those who do survive, the threat of death is far from over. ”Their bodies have been broken down from malnutrition while the coalition continues to prevent life-saving medications and medical treatment from being accessible to the majority of Yemen citizens, Lynn concludes.

The illegal blockade is causing sickness and preventing medical service to Yemeni civilians. Much needed medicines and medical supplies are not reaching civilians or hospitals in Yemen.

Lynn maintains that the blockade of fuel has caused a majority of Yemen’s hospitals to close as generators are unable to supply the electricity needed in a majority of hospitals.

She states, “The Coalition continuously blocks ships from providing these life-saving necessities to Yemen, even after they have passed all inspections and have been cleared by officials,” pointing out to a report, released by the IRC in December of 2019, which states that 24 million Yemenis, or 80 % of the population, need humanitarian aid and 16 million are living on the verge of famine.

In a statement released by the Ministry of Public Health and Population on the 19th of October, 2019 estate, “Tens of thousands of deaths, mostly children and women, have fallen after they were unable to travel abroad to receive the treatment they could not get in Yemen as a result of the siege.”

Lynn adds the Saudi Coalition’s blockade of Sana’a Airport prevents activist and journalist from reporting on the humanitarian conditions in Yemen, causing a media blockade of Yemen. ”Unfortunately, the lack of truthful reporting on the war in Yemen helps the aggression countries to continue their illegal acts against civilians in Yemen, as people around the world do not know the crimes being committed by their governments who are supporting the coalition,” she finds.

The US activist goes on to say the closure of Sana’a airport prevents the Yemeni people from leaving an area devastated by war and also prevents many who have been displaced since the war from returning to visit family. ”The economy of Yemen has also been affected by the closure of Sana’a airport, the total blockade and war against the sovereignty of Yemen, causing the economy to shrink by 50 %, Lynn expresses.

Lynn suggests that is vital that independent media covers the war on Yemen and documents the crimes being committed against the people. ”Citizens around the world must demand their government end support for the Saudi Coalition,” she stresses.

”The Yemeni resistance has continuously worked towards peace but unfortunately, leaders of the Coalition do not want peace they want control over Yemen,” Lynn states, adding she believes Muhammad Ali Houthi is aware of this and understands the need to reach out to people around the world and to inform them of the truth regarding what is happening in Yemen.

Lynn further says, ”The people of Yemen found the courage to stand up against foreign influence in their country, the courage to stand up against their corrupt leaders, it is time citizens around the world do the same. We cannot continue to sit idle while our leaders purposely starve a civilian population. We cannot allow the genocide of the Yemeni people to continue.

US involvement in the aggression

Recent reports of the US destroying Yemen’s air defence systems under the reign of former Yemeni president Ali Abdullah Saleh in 2004 proves that the US was preparing for the Saudi Coalition’s military campaign against the sovereignty of Yemen well before Yemen’s Houthi took over the capital of Sanaa.

Lynn comments, ”while this strategy was likely used by the US government to prevent the people of Yemen from fighting back against the expansionist ambitions of the US for the Greater Israel project, it did not work,” saying she believes ”when the Yemeni people gain access to the knowledge that the US had planned this war, well in advance, that it will only help to unite the people of Yemen. This information also disputes the propaganda and lies used by government leaders to justify the war against Yemen, revealing the truth to people around the globe.”

She goes on to say that the Saudi Coalition, including the US, justified the attack on Yemen based on the propaganda of the ”Houthis being an Iranian proxy that caused the civil war in Yemen, a foreign government that threatens the sovereignty of the Yemeni people.”

American Voices against the aggression

Lynn believes the American people have to stand up and demand the US Congress to stop funding this unconstitutional war. ”We have to demand that arms sales to Saudi Arabia are stopped as required by International law. The war against Yemen began from Washington, I believe when US support ends, the war will also end. The only way I believe the airport will reopen is when humanity stands with the people of Yemen, and together we demand it be opened,” she suggests.

The US activist concludes, ”Once people realise that the US government planned the war against Yemen long before the civil war broke out, and long before the Houthi took control of Sanaa, they should be able to see that it is the Saudi Coalition that threatens Yemen’s Sovereignty and understand why the Yemeni Houthi took action to stop.” 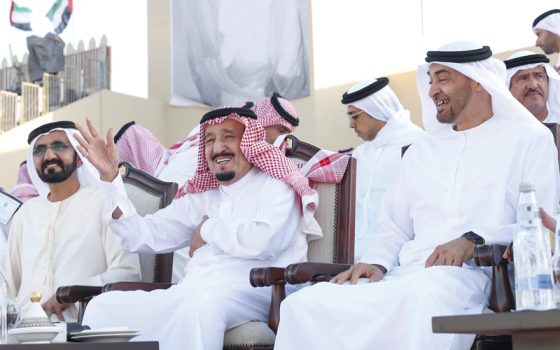